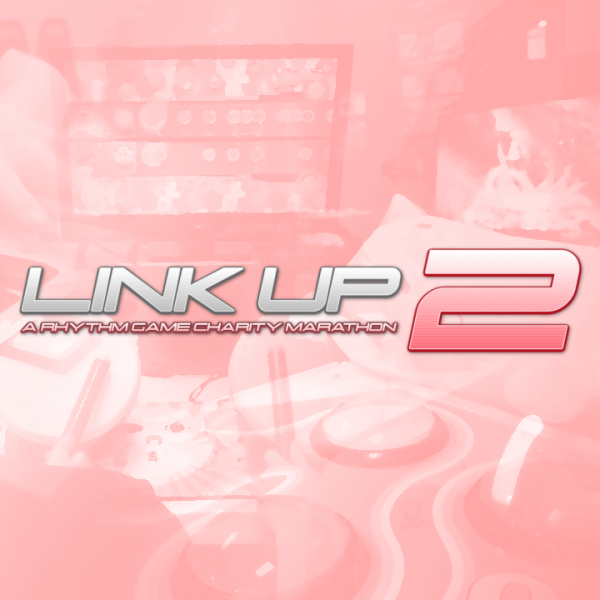 $5.5k+ raised for Direct Relief, thank you everyone for watching and donating! VODs available here.

In collaboration with The Beast in the East, we coordinated a weeklong remote convention in September 2020 spanning remote FGC tournaments and two concurrent livestream marathons, raising over $7000 for Direct Relief and enjoying a surprise appearance from Soulja Boy himself. 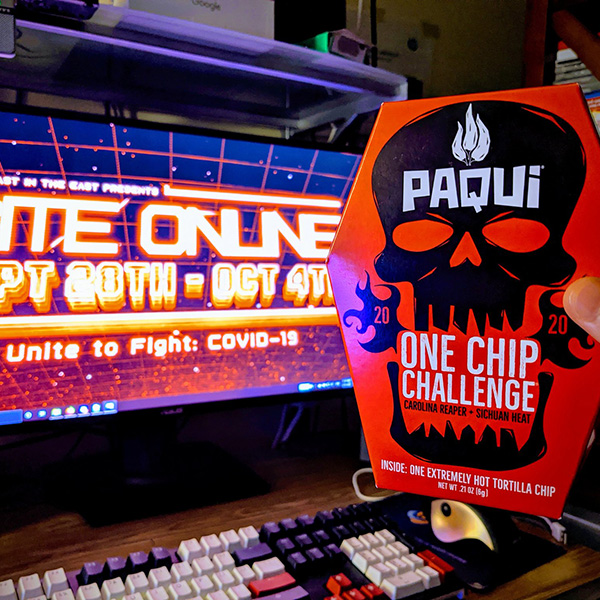 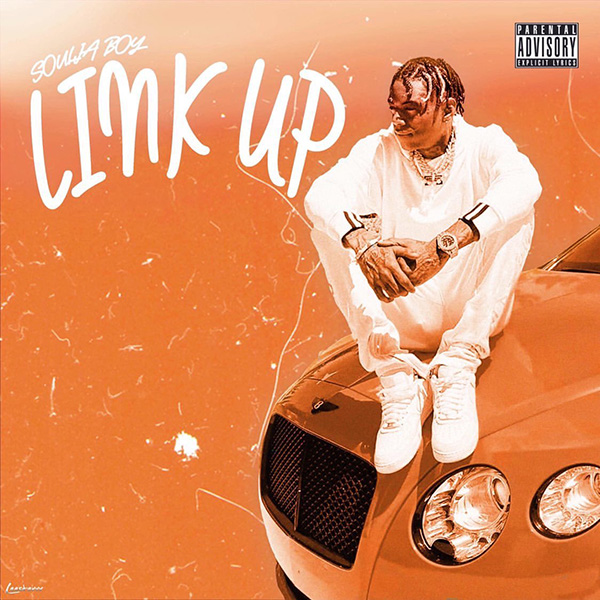 Quickly organized to fill a gap for communal events during the COVID-19 pandemic, we broadcasted a two weekend-long livestream marathon in April 2020 showcasing cult rhythm games and skilled playership and raising more than $3000 for Direct Relief in the process.

The second in our series of remote DDR tourneys was held during December 2019 and was themed around Hinabitta and fan favorite tech charts. Leaderboards 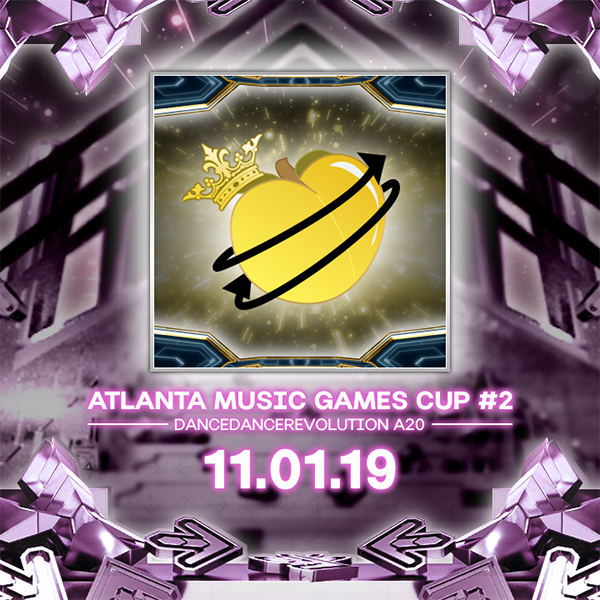 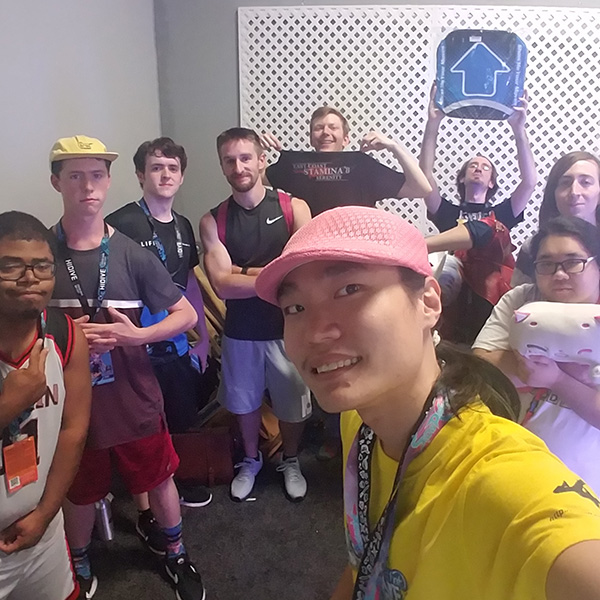 We were invited to run our first DDR and Pump it Up tournaments at AWA2019 in association with Snow Phoenix Arcade.

We were invited to hold a DDR Extreme Pro Clarity tournament at SFGE2019 in collaboration with Arcade Inpact. 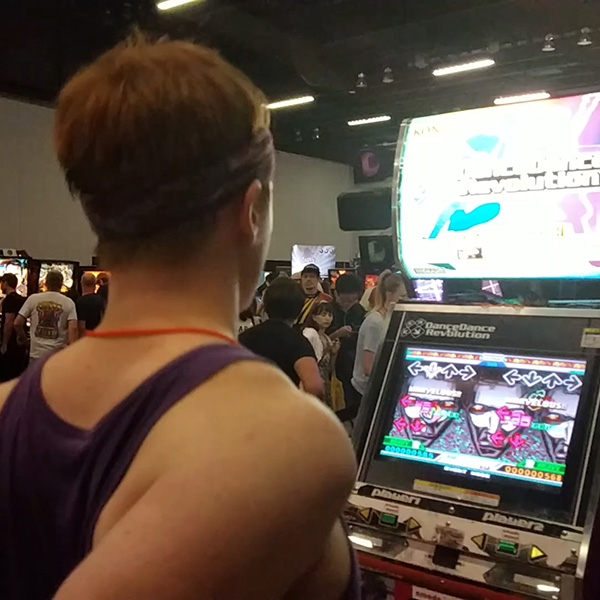 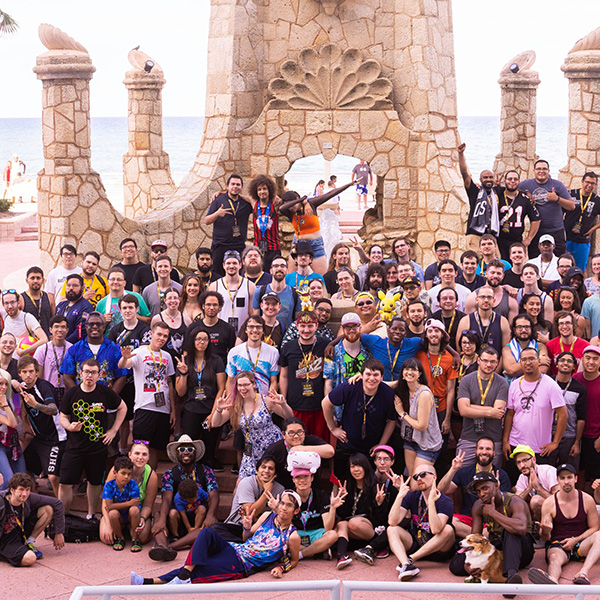 The South's premier dance game tournament series was held once more at CEO2019 and featured tournaments for Pump it Up, DDR Extreme Pro Clarity, and DDR Ace with Freestyle divisions held in association with Freestyle Takeover. ECFA's in-person finals was also hosted on premises. Photo by Lucas Loman

We were invited once again to hold DDR and PIU tournaments during Momocon 2019. 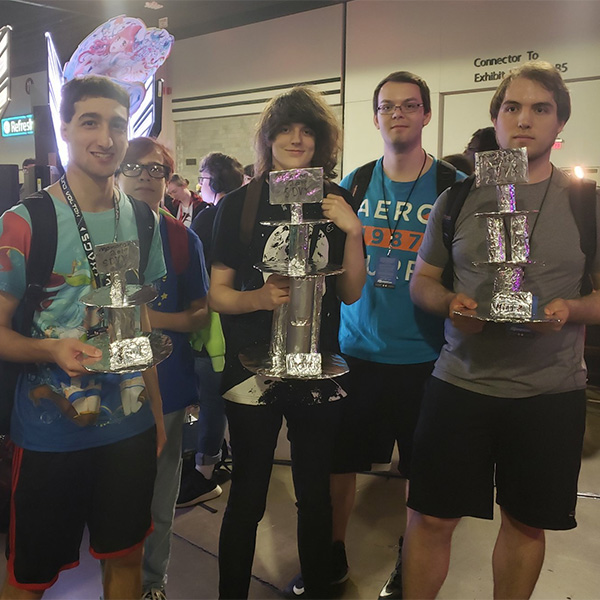 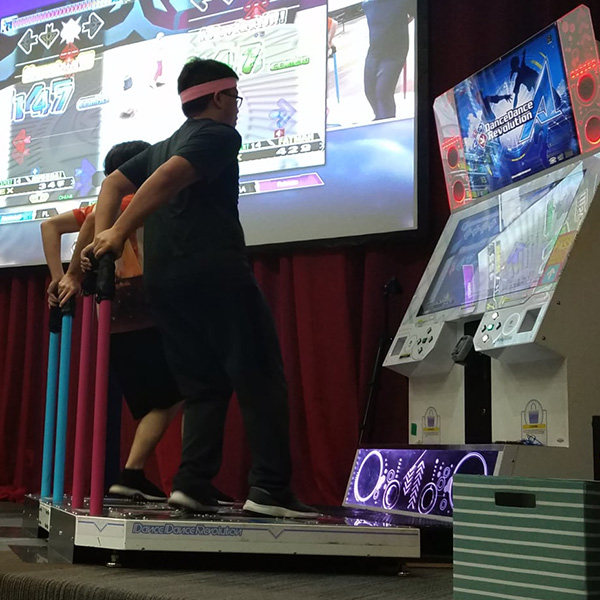 Show Me Your Moves

Georgia's largest DDR tournament was held at Dave & Buster's in Sugarloaf Mills on March 2019. Our most successful local event ever, we joined forces with DDR Storm to elevate the standard for local rhythm game events.

The Calm Before The Storm

In the leadup to Show Me Your Moves and DDR Storm 2019 we were invited to hold lowkey DDR Extreme Pro and PIU tournaments in conjunction with Arcade Impact at Dreamhack Atlanta 2018. 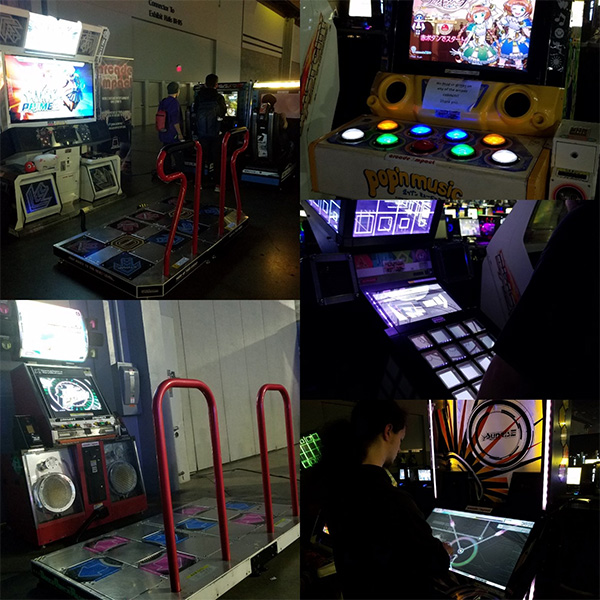 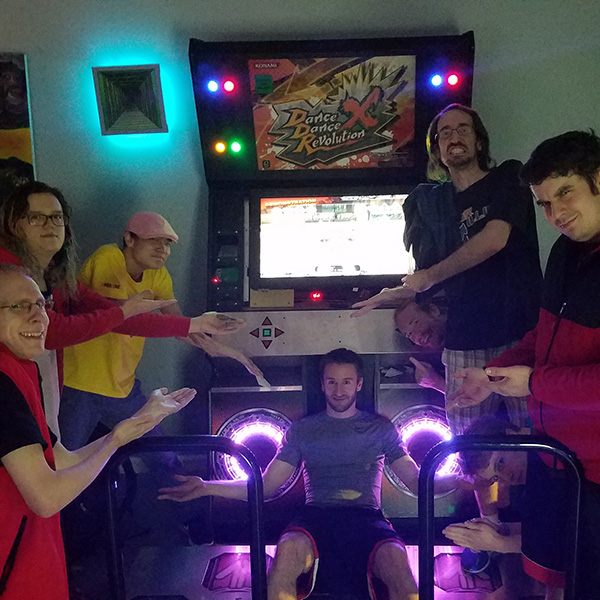 Beginning August 2018, we held quarterly hangout sessions at our favorite independent arcade Laser Voyage Cafe. Laser Voyage has since closed due to financial difficulties during the COVID-19 pandemic and these nights of gaming and half-decent pizza will be missed sorely. Thank you. 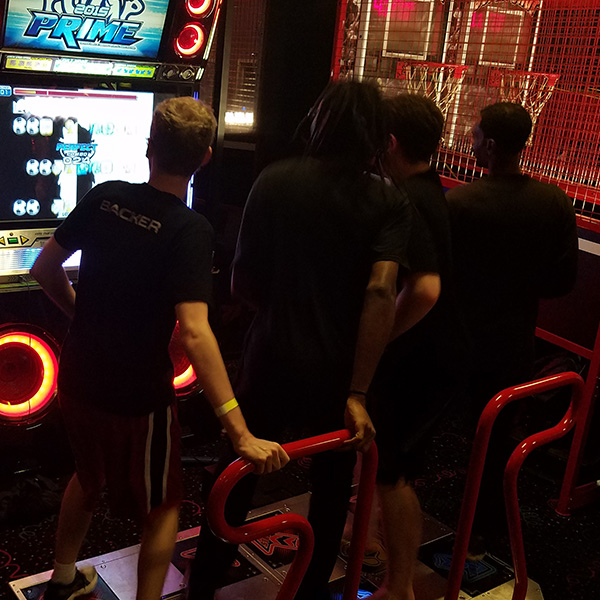 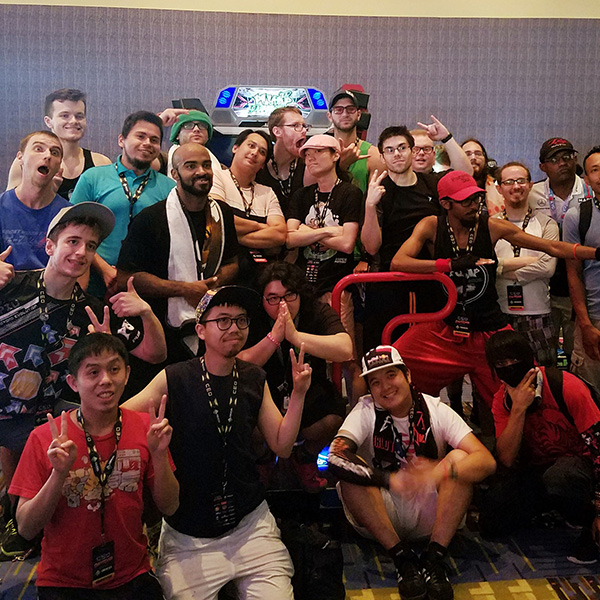 The premier dance game tournament series in the South was revived as a part of CEO in beautiful Daytona Beach. We were tapped to run the Pump it Up tournaments starting this year.

Once again we graciously accepted the invitation to hold DDR, PIU, and SDVX tournaments as part of Momocon 2018. 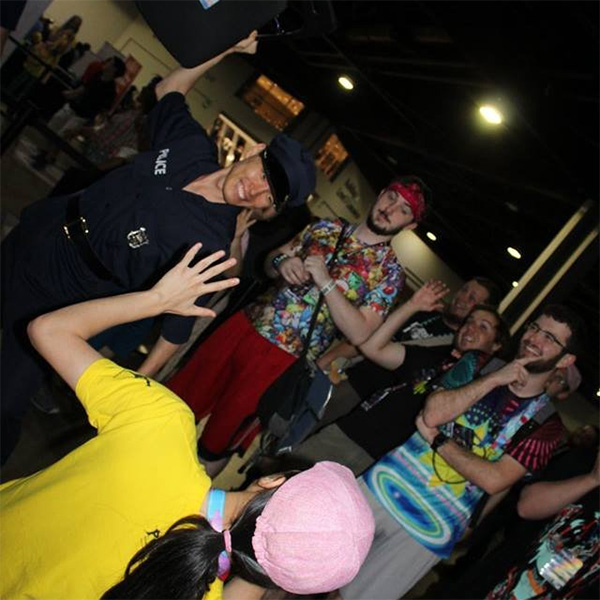 The first in our series of remote DDR tournaments featured players challenging the entire roster of Tokimeko Idol Project songs in the game during May 2018. The prize was, of course, maxi singles from Tokimeki Idol.

Celebrating the grand reopening of Laser Voyage Cafe, we held a nostalgic tournament back to PIU Fiesta EX and loads of subpar pizza. Laser Voyage Cafe later closed during the COVID-19 pandemic and will be dearly missed. 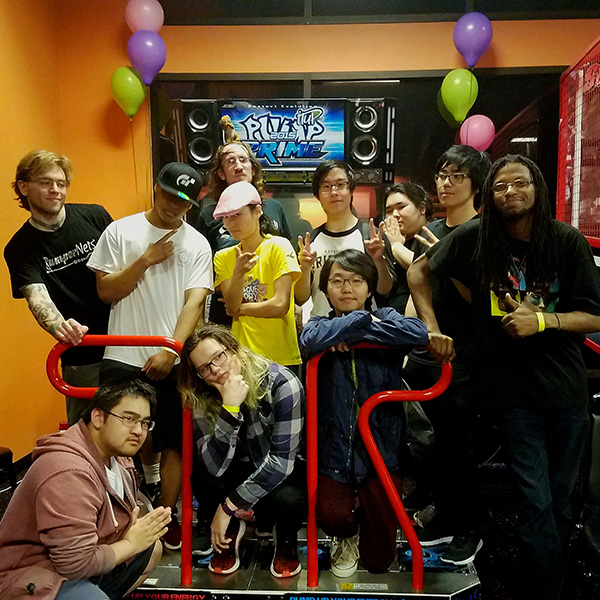 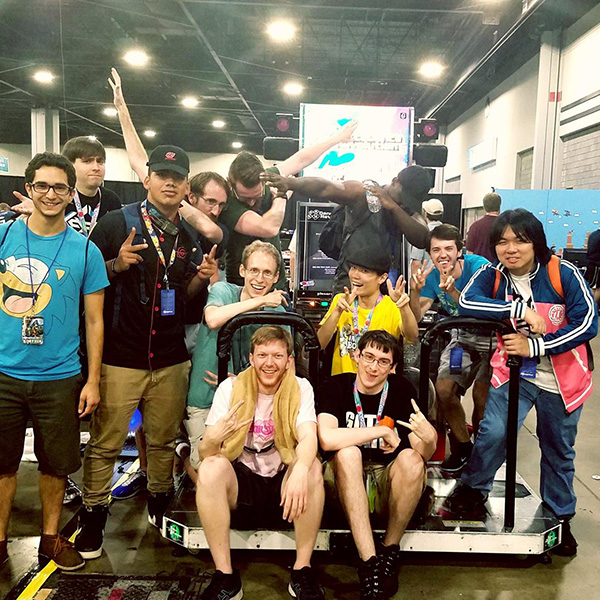 For the first time as Atlanta League of Music Gamers, we were invited to hold DDR and PIU tournaments during Momocon 2017.

To bid farewell to the game that reignited the local pump scene, we held a casual and rambunctious co-op tournament on Pump it Up: Prime 2015 in March 2017. Hosted at the late Laser Voyage Cafe. 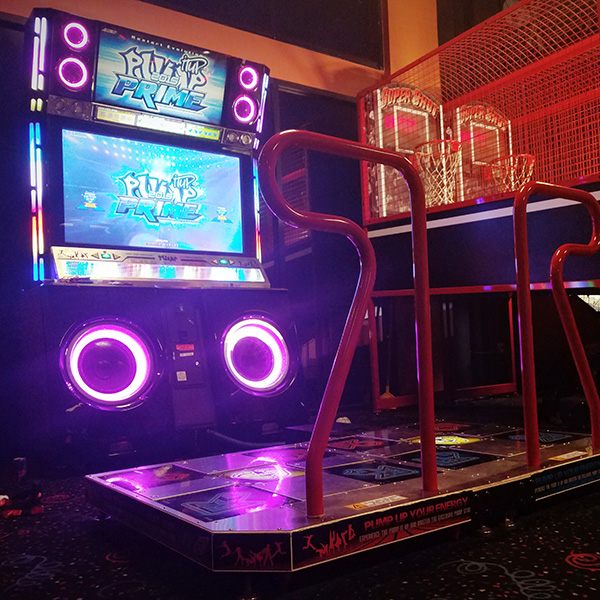 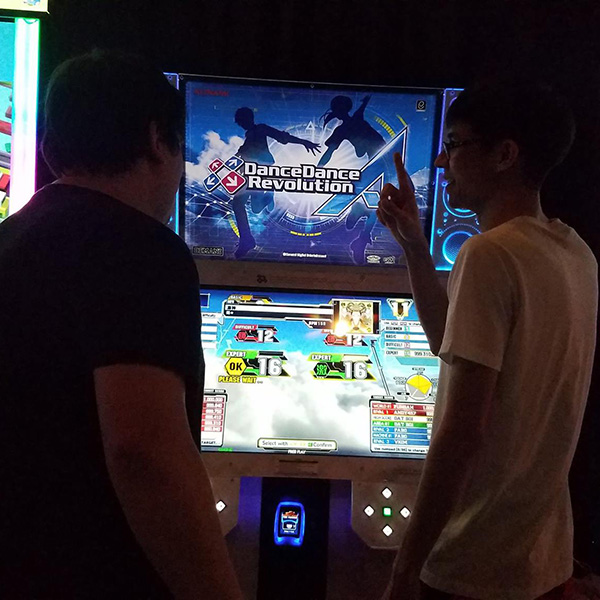 Building off the success of our first DDR tournament, Yet Another DDR Atlanta Tourney was our first event as Atlanta League of Music Gamers. Held February 2017 at Dave & Buster's in Sugarloaf Mills, highlights included bamboozling everyone with Tribe CSP, our first partnership with Momocon, and Enoch getting alarmingly sick and passing out right as the event started.

The one that started at all. This tournament, held July 2016 at Dave & Buster's in Sugarloaf Mills, was the first local rhythm game event in years and sparked the foundation to the precourser to StormxLeague, The Atlanta League of Music Gamers. 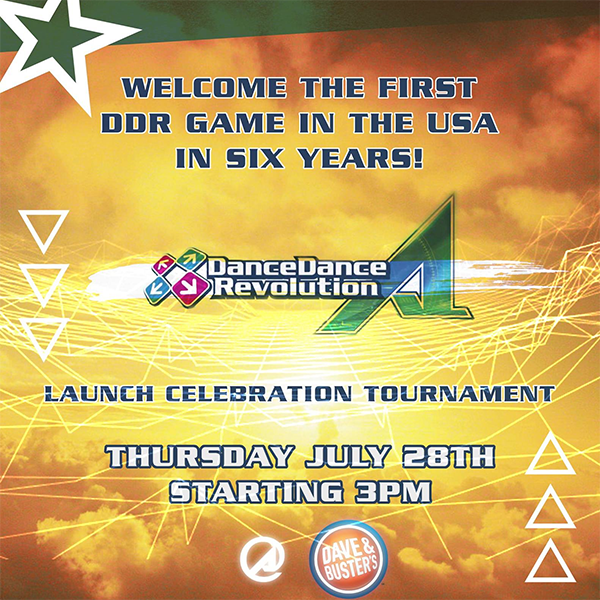 For five years and counting

We've been hosting competitive and community events that have put the Atlanta rhythm gaming scene on the map. We are passionate about our community and our team comprises of players, arcade operators, and game developers.

Want to send us feedback or inquiries on future events? Drop up a line.